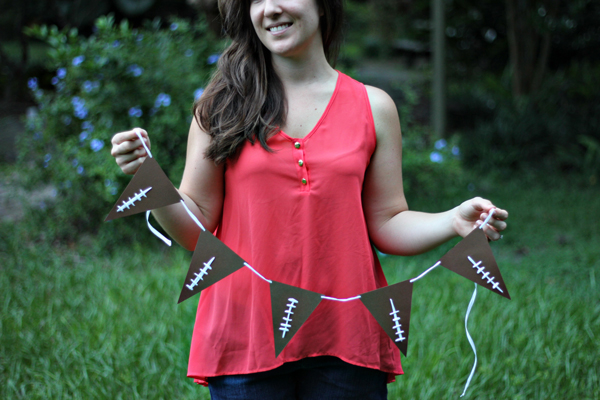 Football season is right on our horizon, I can even small the grills and pom poms! While I’m not the biggest football fan, I do love to throw a little party! If you find yourself tailgating at home, craft up this simple football pennant garland. This tutorial looks just like the lacing on a good ‘ol pig skin. This DIY can be completed in just a few minutes and would look great above a bar, on a food table or on the front door. This football pennant garland is so versatile it could be used for a football themed birthday party too. The options are limitless! 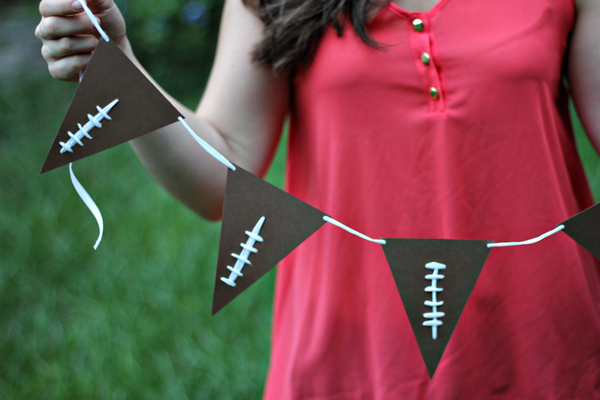 Step 1: Using 3 inch brown pennants draw lines that will act as guides for stitching your wraphia

Step 2: Using an embroidery needle stitch wraphia to form the ‘lacing’ on the football pennant.

Step 3: String individual pennants on to strand of wraphia and hang. 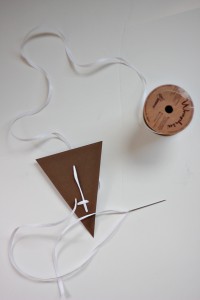 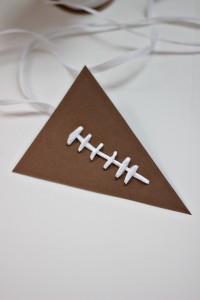 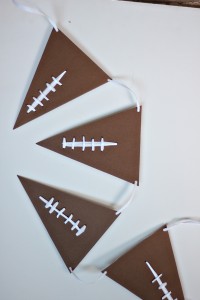 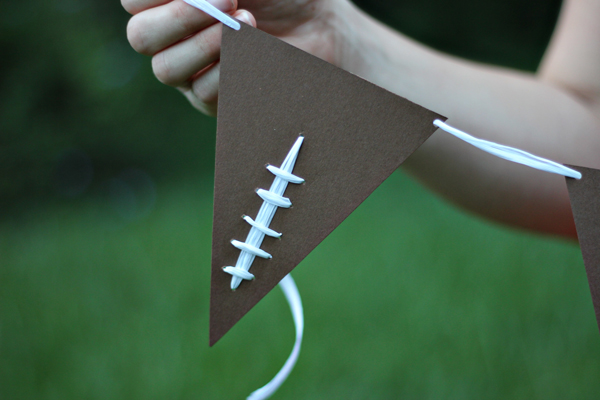 I liked using the wraphia for this project because it is wide and looks much more like actual lacing than twine or thread. While this is my preference, you could use anything that was white and thread-able! 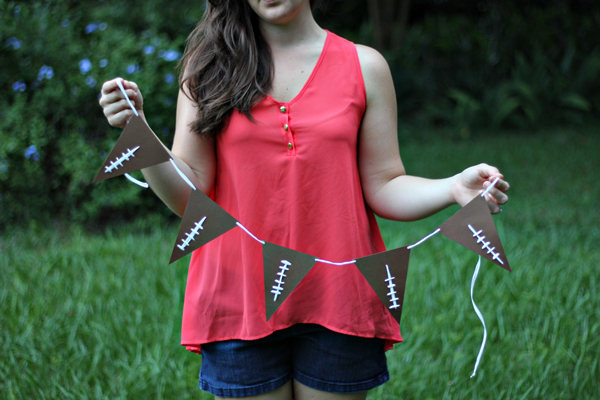