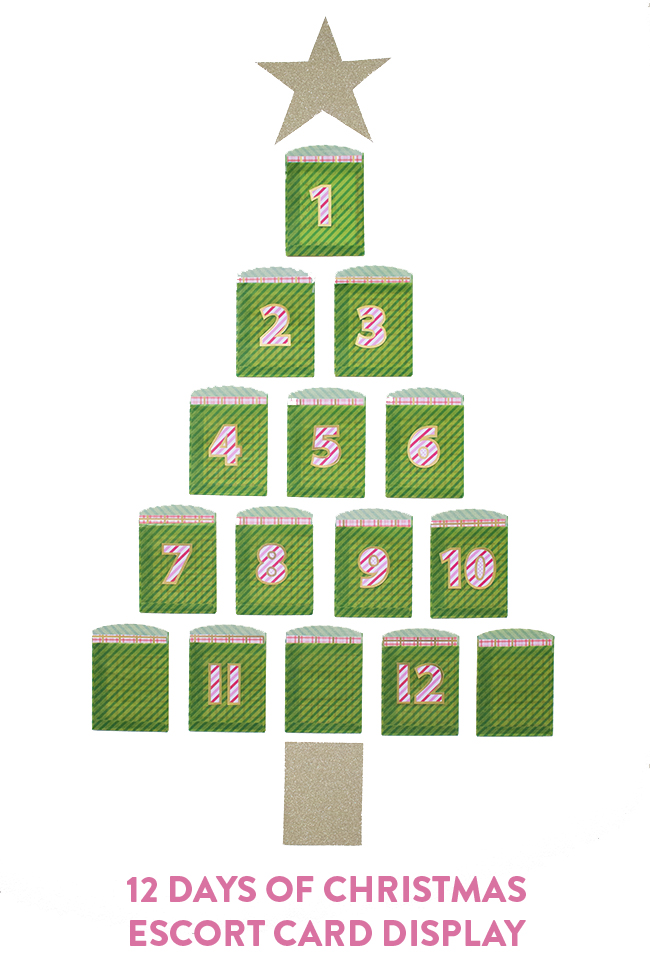 Christmas is right around the corner, and it is time to start brainstorming ideas for holiday parties that are sure to abound! If you are hosting a party of about twelve people, this would be the perfect escort card display for you – a Twelve Days of Christmas escort card display! 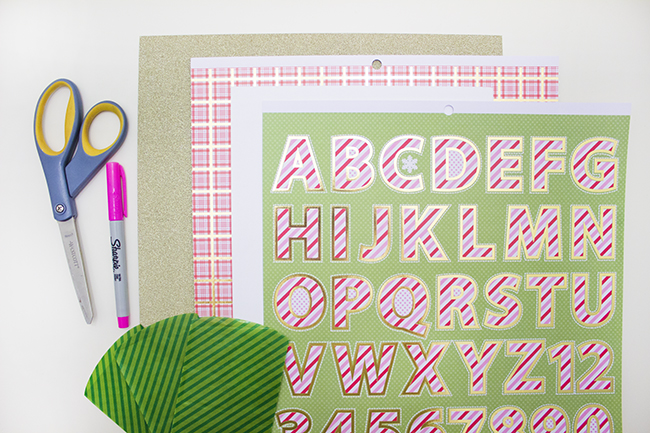 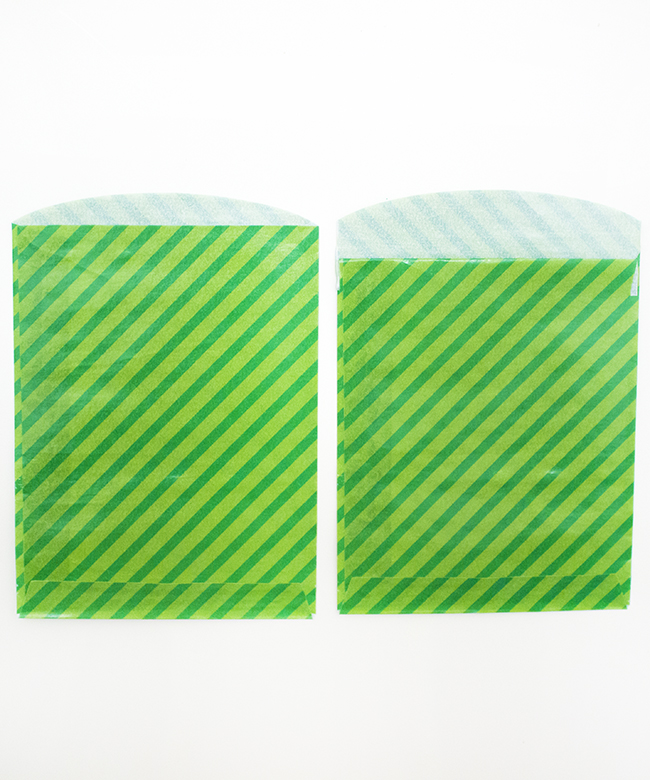 Step 1 – Cut a small slit, about a half an inch, on both sides of the flap on your mini green bags. Then, fold that portion of the paper down inside the bag to expose more space. 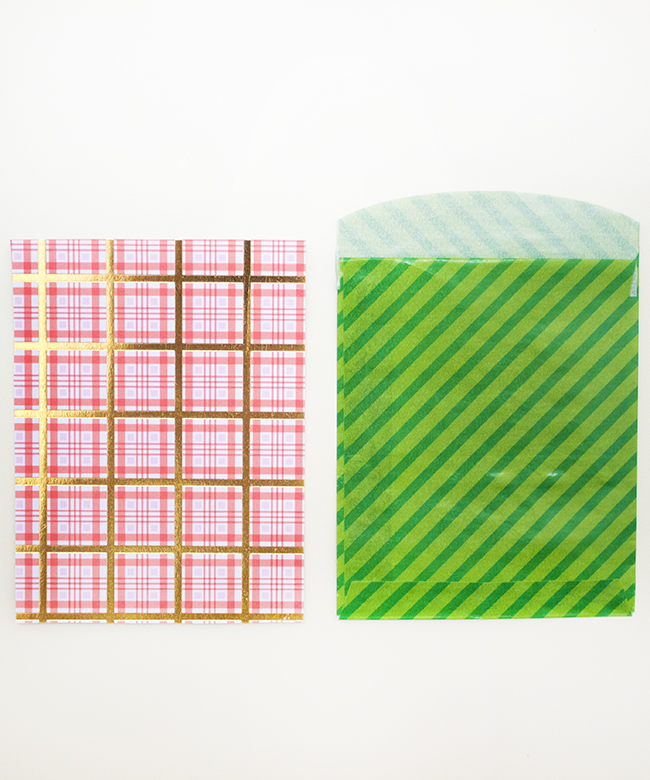 Step 2 – Cut a rectangular piece of your patterned plaid paper to be able to fit inside your mini green bag.

Step 3 – Cut a white rectangular piece of paper to tape on top of your plaid paper, making sure to leave enough room to have a boarder of the plaid paper showing. Then, begin writing out the first half of every saying for the Twelve Days of Christmas song. Assign each party guest to one of the days.

You will then make a similar card with a plaid boarder and white piece of paper to write the end half of the phrase. This will be placed on each guest’s seat, allowing them to determine where to sit at the table! 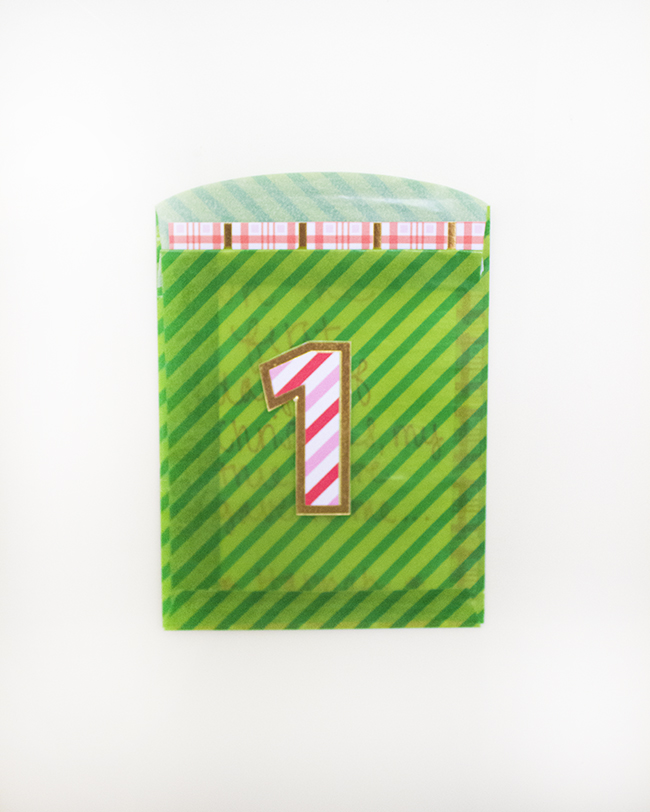 Step 4- Place the card with the first half of the phrase inside your mini green bag. 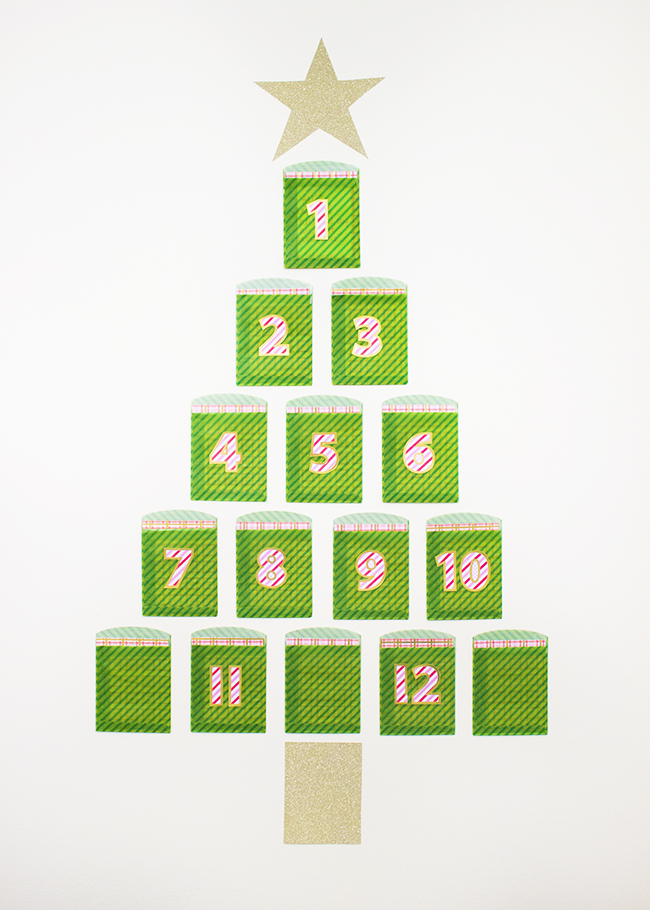 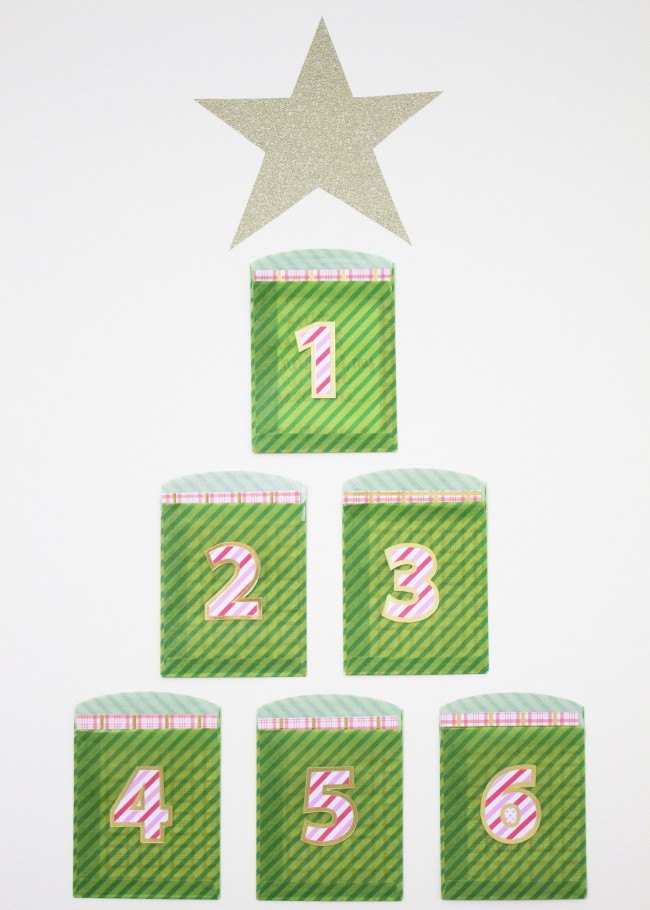 Step 5 – Once you have finished all twelve cards, begin taping them to your wall or whichever spot you want to display your escort cards. To create a Christmas tree shape, begin with one bag in the first row, two in the second row, three in the third row, four in the fourth row, and five in the fifth row. You will have a few extra bags in the last row, so I left three of them blank and spaced them out in a way I thought was aesthetically pleasing. I then cut a star and tree stump out of the pretty gold glitter paper! 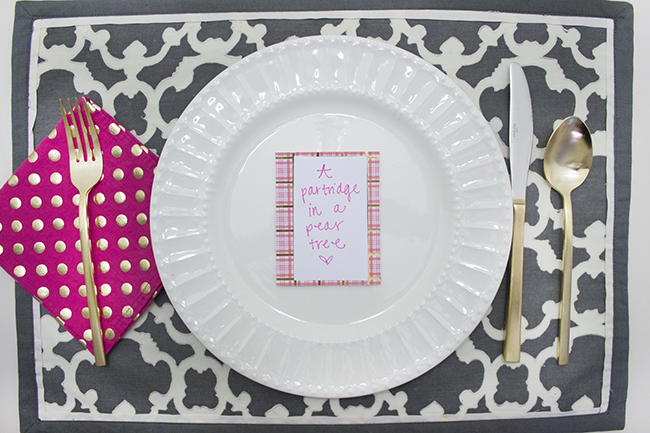 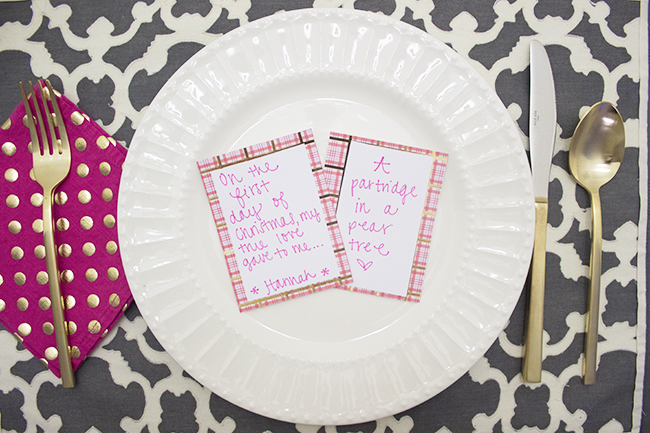 Step 6 – Place the cards with the second half of the phrase on each place seating as mentioned before. Your guests will have a great time finding which phrase completes their escort card!